“Everyone in the world is trying to go green,” says the Rev. Franco Kwan, rector of True Sunshine Episcopal Church in San Francisco. Encouraged by the Diocese of California’s 2014 initiative to promote and support congregations moving to solar energy, the church began exploring the costs and benefits of solar power. This past year, convinced of its value, True Sunshine had solar panels installed on the church’s roof. “We have been enjoying solar energy since February,” says Kwan.

A generous gift from former parishioners in honor of their mother and the church’s endowment financed the solar energy project, and the system was dedicated at Pentecost. The plaque unveiled at the dedication reads:

The solar panels installed on this church are a gift from Richard and Mary Ko for the glory of God. The gift is dedicated to the memory of their mother, Elizabeth Wu Ko, a faithful member of the church.

Elizabeth Wu Ko was the daughter of True Sunshine’s first priest, the Rev. Daniel Gee Ching Wu, and the solar panels are a gift with powerful connections to True Sunshine’s past.

Before the panels could be installed, the church’s roof had to be repaired and reinforced. Funds drawn from True Sunshine’s Building Fund endowment covered that preliminary work. The endowment, which has been managed by the Episcopal Church Foundation since 2010, has a place in the congregation’s history, as well.

A congregation with deep roots in the 20th century
Founded in 1905, True Sunshine was San Francisco’s first Chinese Episcopal mission. Over its long history, the congregation has shared the gospel, helped Chinese immigrants make a home in the United States, and built bridges between Asian and American cultures. It has helped establish two other Chinese-speaking churches, one in Oakland after the 1906 earthquake and fire, and a second, more recent congregation at Incarnation Episcopal Church in the city’s Sunset District. “We are the elder sister of these churches,” says Kwan.

True Sunshine’s history reflects the great changes that took place in San Francisco during the past century. Twice, the congregation had to move to temporary quarters at Grace Cathedral — in 1950, when the church’s property in Chinatown was claimed by the city, and again in 1966, when the diocese sold all but a small parcel of its second property.

“Each time we returned to Chinatown, it was almost like starting again,” says Kwan. But in each instance, a core of the community remained and rebuilt the congregation. In 1973, True Sunshine became a parish.

True Sunshine’s endowment and ECF’s Endowment Management Solutions
The church’s endowment began with two building projects — one in 1994, to build a new chapel, and a second in 2005 to create a multi-use parish hall from the former chapel. Each campaign raised more than was needed, and the additional funds were used to create True Sunshine’s Building Fund endowment. “The congregation is not wealthy,” says Kwan, “but we have learned that if we have a good cause, people will give more when they see the need.”

In 2010, at the suggestion of the Diocese, True Sunshine moved the fund to ECF’s Endowment Management Solutions (EMS). Under EMS’s careful management, the endowment has grown, and strategies for building the fund have been shared in webinars, planned giving materials, and other resources.

“We always try to support our endowment clients,” says Jim Murphy, Managing Program Director for ECF’s Financial Resources. “We are especially focused on assisting churches like True Sunshine in their efforts to encourage major and planned gifts to the parish.”

Sometimes that support takes the form of personal visits. Both EMS Senior Program Director Ken Quigley and Murphy have traveled to San Francisco on various occasions to consult with True Sunshine’s leadership and congregation.

Murphy has been grateful for these opportunities to learn about this historic community. “I’ve seen how committed True Sunshine is to building up the new immigrant community in its neighborhood through its many ministries and I appreciate the diversity in language, economic and cultural circumstances within the parish and among the Asian community of greater San Francisco,” says Murphy. “True Sunshine is an expansive family and I have always felt very welcomed there.” 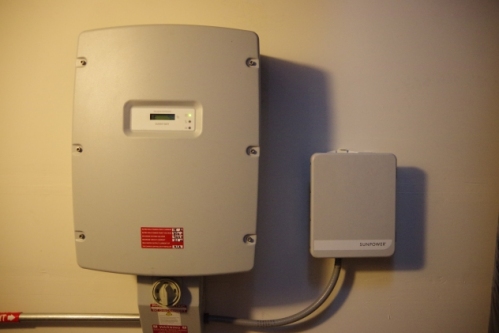 If we were to follow the wiring from True Sunshine’s roof-mounted solar panels to the components deep in the building that convert the sun’s energy to the alternating current that powers its electrical system, we’d come across a small box with the tidy label “sunpower.” Like the wiring, many threads have come together to make the church’s solar energy system possible.

Among them are the responsibility we all share for the creation, the gifts from parishioners past and present who have built True Sunshine, and the respect and friendship that connect the Episcopal Church Foundation in New York with the life of this congregation in San Francisco. And like “sunpower,” those threads point to the greater source that brings light and life to the church and its people.